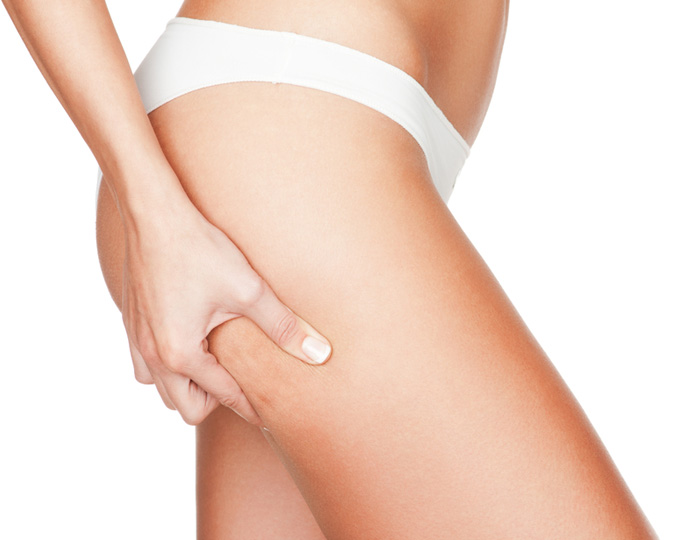 Cellulite is one of the most common cosmetological defects appearing by women. Almost 85% of women experience the formation of lumps and dimples in the skin occurring especially on hips and thighs. This problem is present in different ages and visible independently on body weight. Men have it very rarely, just 2% of the men population will have it. Cellulite is actually not only cosmetological problem but also medical one. It is connected to metabolism disturbance and blood circulation disorders.

Other reasons for that are as follows:

This unaesthetic problem might cause also psychological discomfort and sometimes might hurt.  Cellulite is visible as small formation of lumps and dimples in the skin, which occur, because the fat tissue has grown excessively and the liquid started to appear between the tissue layers.

There are two cellulite types: soft and hard

Soft cellulite occurs mostly by sporty and skinny people. It might appear in each age by is already visible in maturing period. It has its foundations in lymph circulation disturbance and hormonal disorders.  The  roughy skin appears only by squeezing. The skin is not nourished well so it might be dry and harsh.

Hard cellulite appears mostly by women who are overweight, sits a lot or by women who have lost their weight in a short period of time. Mostly it occurs because of genetic. It is visible by people who have not elastic skin  and weak muscles, or by people who take dehydration medicines. There are a lot of tiny dimples in the skin by this type of cellulite.